Could Diet Drinks Make You Fat? 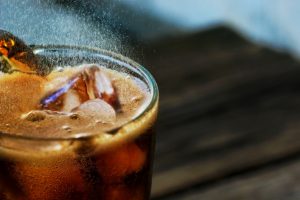 People who drink two or more diet drinks a day experienced waist size increases. Which is six times greater than those of people who didn’t drink diet soda. According to researchers from the University of Texas Health Science Center at San Antonio.

“Data from this and other prospective studies suggest that the promotion of diet sodas and artificial sweeteners as healthy alternatives may be ill-advised,” said study researcher Helen P. Hazuda, professor at the university’s school of medicine. “They may be free of calories, but not of consequences.”

Diet soda is calorie-free. But, these drinks won’t necessarily help you lose weight. Researchers from the University of Texas found that over a decade, diet soda drinkers had a 70% greater increase in waist circumference compared with non-drinkers.

Associated With An Increased Risk Of Type 2 Diabetes

Drinking one diet soda a day has been associated with a 36% increased risk of metabolic syndrome and diabetes. This is from a University of Minnesota study.

You’re not taking in any calories when you drink diet soda. And worst of all, you’re not swallowing anything that does your body any good, either. Early studies on aspartame and anecdotal evidence suggests that this artificial sweetener may trigger headaches in some people.

Ruins Your Smile Over Time

Excessive soda drinking could leave you looking like a Breaking Bad extra. This is according to a case study published in the journal General Dentistry. The research compared the mouths of a cocaine-user, a methamphetamine-user, and a habitual diet-soda drinker. They found the same level of tooth erosion in each of them, from habitual use.

Using diet soda as a low-calorie cocktail mixer has the dangerous effect of getting you drunk faster than sugar-sweetened beverages. This is according to research from Northern Kentucky University. Also, the study revealed that participants who consumed cocktails mixed with diet drinks had a higher breath alcohol concentration. Surprisingly, this is more than those who drank alcohol blended with sugared beverages. The researchers believe this is because our bloodstream is able to absorb artificial sweetener more quickly than sugar.

A study was presented at the American Academy of Neurology. It found that over 10 years, people who drank more than four cups or cans of soda a day were 30% more likely to develop depression. This is less than those who steered clear of sugary drinks.

Not Good For Your Bones

Women over 60 are already at a greater risk for osteoporosis than men. According to Tufts University researchers which found that drinking soda, including diet soda, compounds the problem. As a result, they discovered that female soda drinkers had nearly 4% lower bone density than women who didn’t drink soda.

Could Damage Your Heart

Just one diet soft drink a day could boost your risk of having a stroke, heart attack or vascular death. Noted from researchers at the University of Miami and Columbia University. Their study found that diet soda devotees were 43% more likely to have experienced a vascular event than those who drank none.

Read more on the dangers of diet soda:

The Detrimental Connection Between Diet Soda And Stroke

What’s Safer…Drinking A Dissolved Mouse Or A Can Of Soda?

Loaded with health tips and techniques on how to look and feel younger almost immediately! Sign-up below:

CUSTOMER PRODUCT ALERT: ENERGY & ELECTROLYTES is currently unavailable from our Manufacturer due to supply chain ingredient issues. At such time as manufacturing resumes, we will repost that product to the SHOP PAGE for you to order. We apologize for this temporary interruption in service.

*These statements have not been evaluated by the Food and Drug Administration. These products are not intended to diagnose, treat, cure or prevent any disease.

Disclaimer: Information on this website is provide solely for informational purposes, and is not intended as medical advice or a substitute for seeking qualified advice from a health care professional. The website is designed to provide general information on anti-aging, wellness, nutrition, fitness and an overall active and healthy lifestyle, as well as give you access to clean, all-natural life-enhancing products, technologies and services at affordable prices. Information and statements regarding dietary supplements have not been evaluated by the Food and Drug Administration and are not intended to diagnose, treat, cure or prevent any disease. This website is also intended as a way to help share knowledge and information from the research, studies and experience of leading scientists, doctors and nutritionists to help bring you the most current and up-to-date findings on how to look and feel your best at any age. No independent medical or health claims are expressed or implied.

** NOTE: Testimonials are from actual users of our products, including some who have a business relationship with the company.

***Ageless Impact/Seventh Success, Inc. receives income from the sale of products purchased on their websites; and may receive affiliate income where a LINK is clicked from a website page, or other digital content/communications to a third-party provider website, and products are purchased from that website.